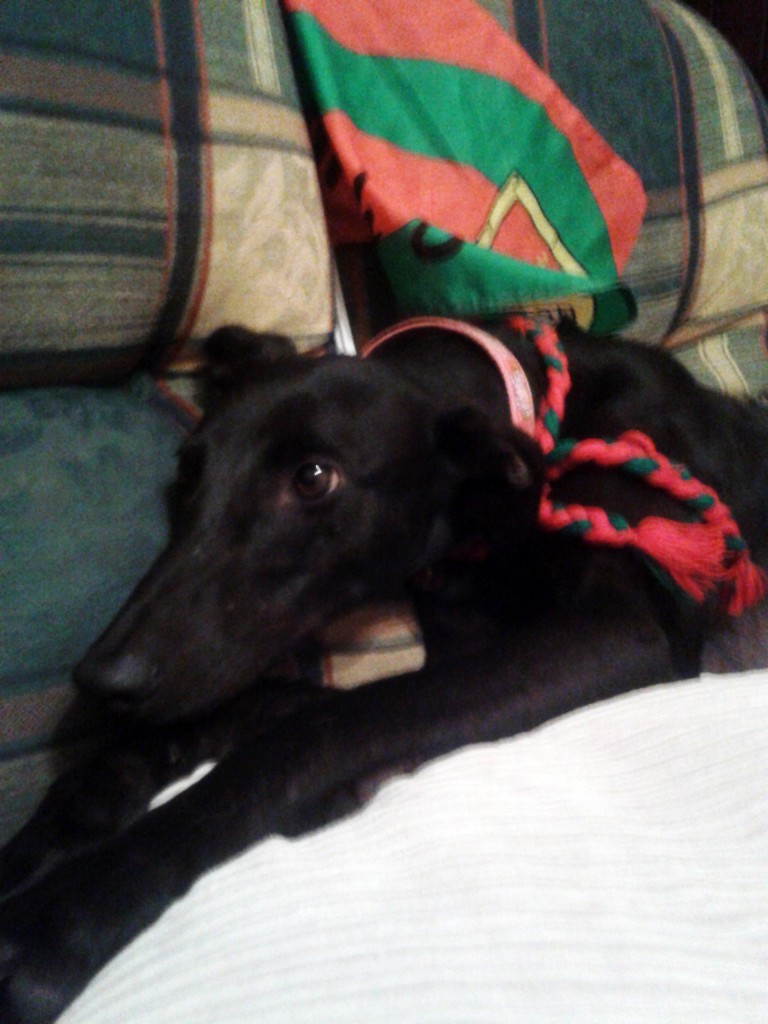 Bella is already looking nervous about Sunday’s game, she might not be able to bring herself to watch!

I never thought much could top the loyalty of Canadian hockey fans, until I moved to Ireland and discovered the game of Gaelic football played in the GAA (Gaelic Athletic Association). It’s similar to what I think of as soccer, but they can also catch and throw the ball, and dribble it briefly almost like basketball, with points as well as goals… to be honest, I’m still rather confused about how it all works!

The mania surrounding the Stanley Cup hockey playoffs actually pales a bit in comparison to the current level of excitement in County Mayo at the moment, as they have made it into the All Ireland Final to play for the Sam Maguire Cup, which hasn’t been won in Mayo in 61 years. The game is this coming Sunday and the pressure is mounting to end the long drought of a Mayo win. While I’m still a bit vague about some of the technical aspects of the game, the community spirit and positive atmosphere throughout the County is contagious, and even Penny and Bella agreed to show their Mayo colours, in between naps. So, go on so, you boys in red and green, Up Maigh Eo! 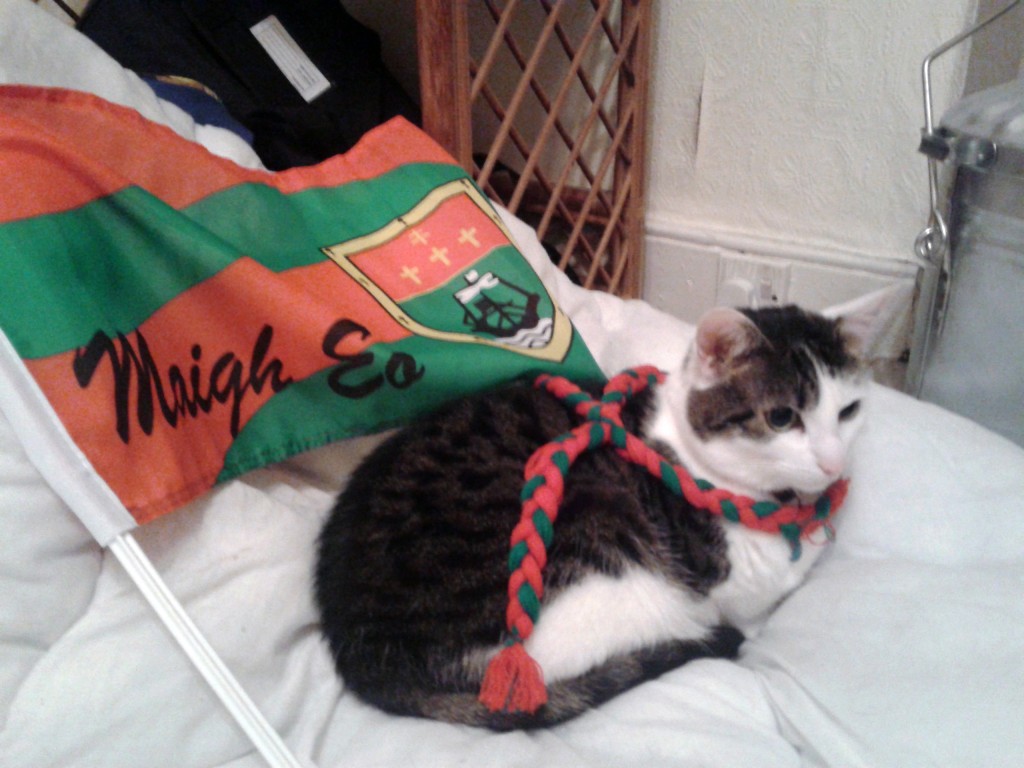 Penny is a proud native Mayo street kitten, and not afraid to show it!