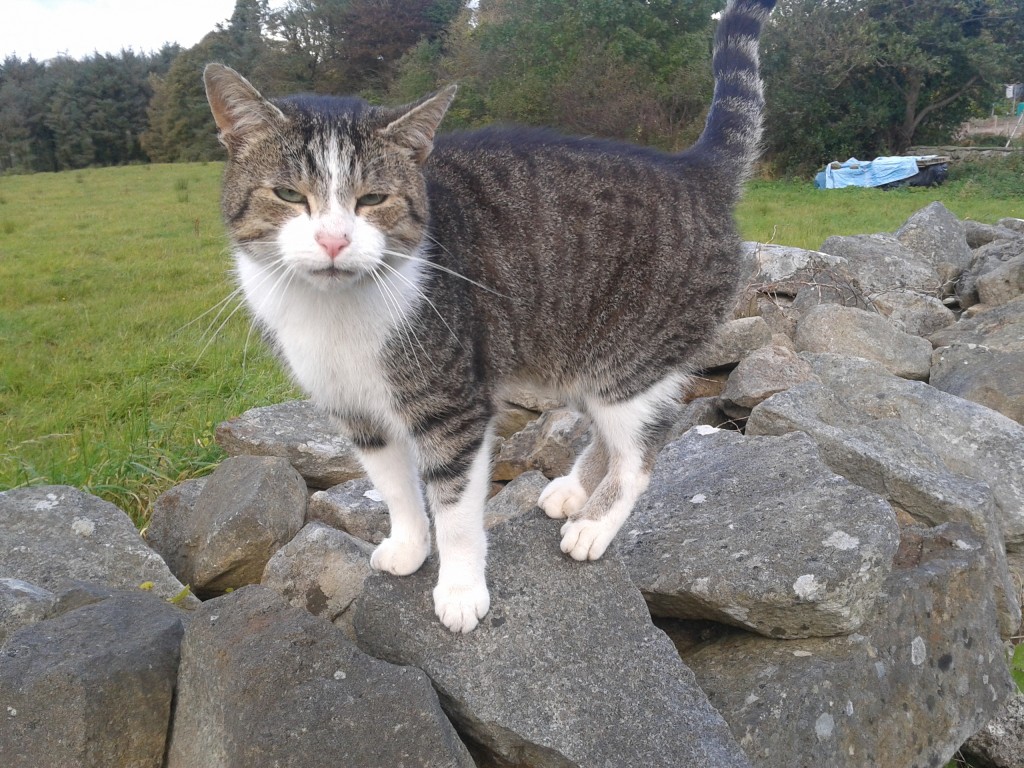 In the back alley behind my house, there is a lovely friendly cat who often comes to chat with Bella and I our our daily walks, and is a very vocal boy. He looks quite a bit like Penny, and I think he could possibly be her brother, since there were likely other kittens dumped the night I found Penny almost two years ago. Until recently, he was being looked after by some neighbors, who have now moved away, so I’m concerned he doesn’t have anyone looking after him. I have started leaving him some food, and a bed under a covered area in my yard. And, since I can’t just keep calling him ‘Cat’ I decided to name him Bob, in honour of the Bobcats, my favourite characters on The Oatmeal. 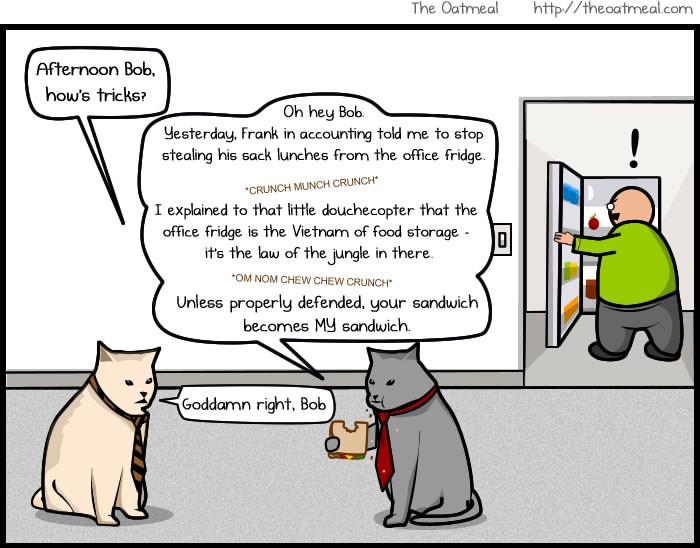 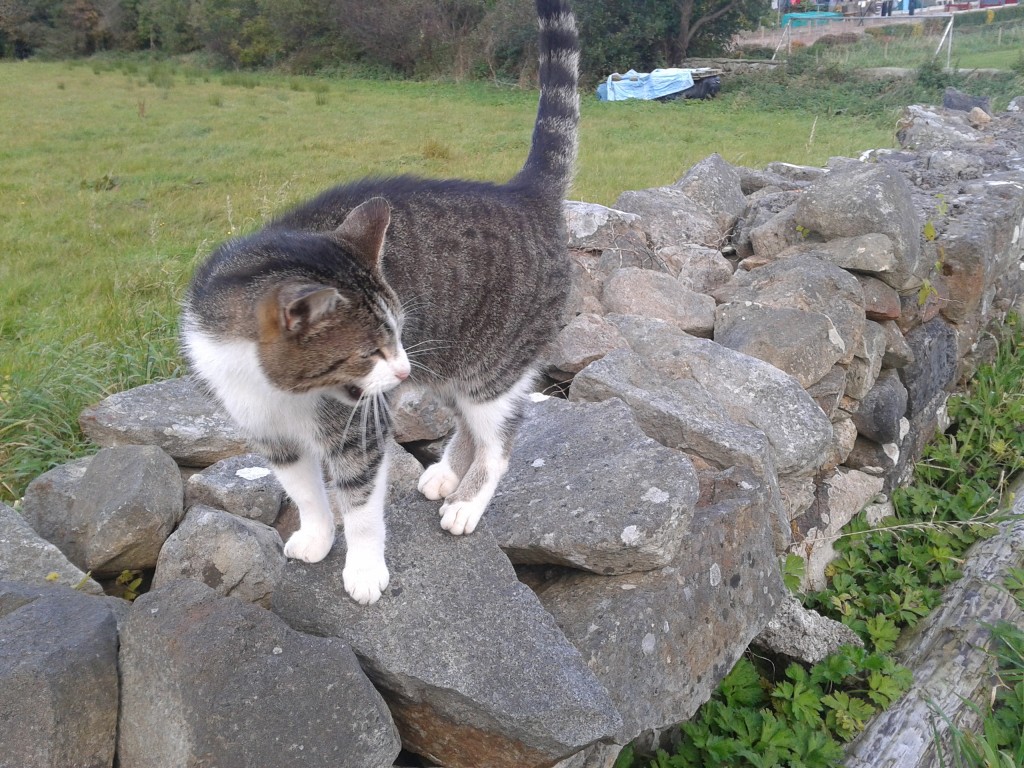