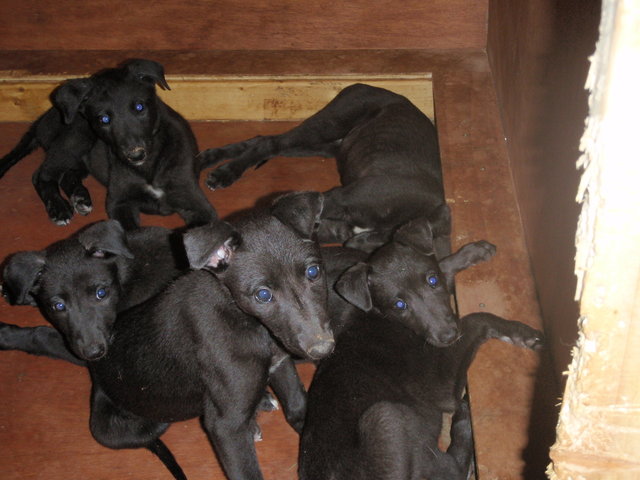 These pups are not associated with the advertisement, but the brood mother has probably produced around 50 similar pups in her breeding career, many of which will in turn be destroyed before they even reach the track.

A friend passed on the below ad which came from a classifieds listing for greyhounds in Ireland. It makes my blood boil and exemplifies everything that is wrong with the racing industry, here in Ireland and abroad.

Comment Breeding like this is very rare these days Pup being a grandaughter of the great LIVE COMMENTARY!!
Due in season any day now. Has a litter schooling by Greenwell Storm and another litter 7 mths old by Flying Stanley. I’d like a dod pup back at 14 weeks in return… you keep the bitch
A very fresh bitch would easily pass for a 5 yr old! Contact Kieran Kerley
Address Ireland, Monaghan

This poor girl probably raced for 3 or 4 years, and then went straight into breeding, where she would likely have at least two litters per year, with 6-10 pups per litter. Now that she has reached the age of 8, she’s no longer as useful as a money making ‘pup machine’ so she is discarded, although the owner expects her to have yet more litters with a pup in return for payment. I would like to say this is a rare occurrence, but sadly it is not. Last year, I drove up to Donegal to collect a similar 8 year old female who had been bred for years and was too worn out to be productive, and when we were contacted as a rescue, it was with the ultimatum that if we didn’t collect her ourselves (at the opposite end of the country) she would be destroyed within a few days. She was a lovely blue colour, but very thin, clearly exhausted and shaking with nervousness. We did a relay with a couple fellow HUG volunteers to bring her down the country, where she eventually made her way to a loving forever home in Belgium. Her story has a happy ending, but many others do not. We are going to try and find a place for the girl in the ad, either with HUG or one of the other rescues around the country. I’m one of the HUG representatives with the Greyhound Rescue Association of Ireland (GRAI) which was set up last year to be a national network connecting all of the small rescue groups and individuals concerned about greyhound welfare in Ireland, so hopefully someone within GRAI will be able to help this ‘pup machine’ before she gets relegated to the scrap heap! 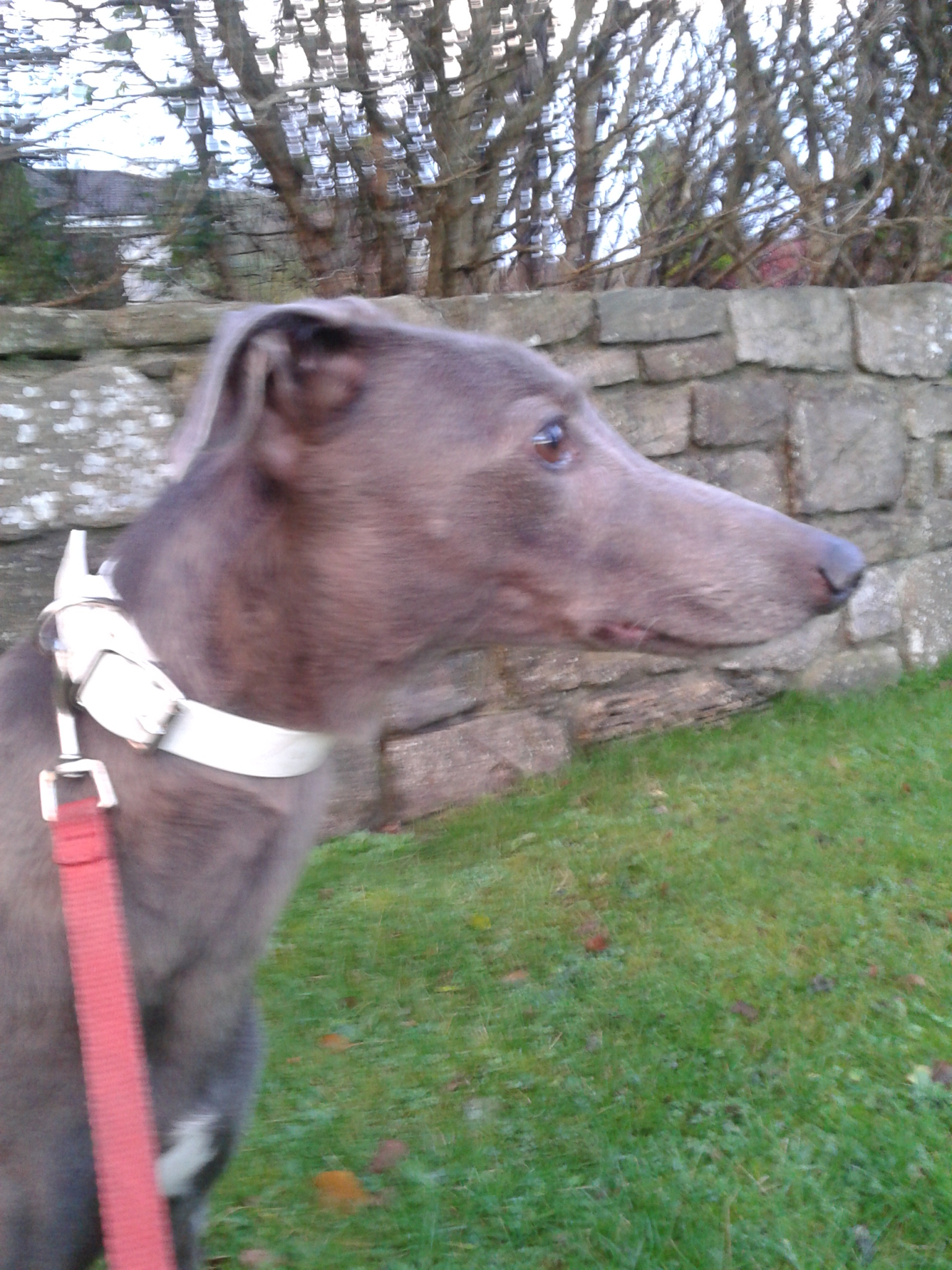 The pretty blue girl from Donegal is now much happier and well loved in a safe home in Belgium!