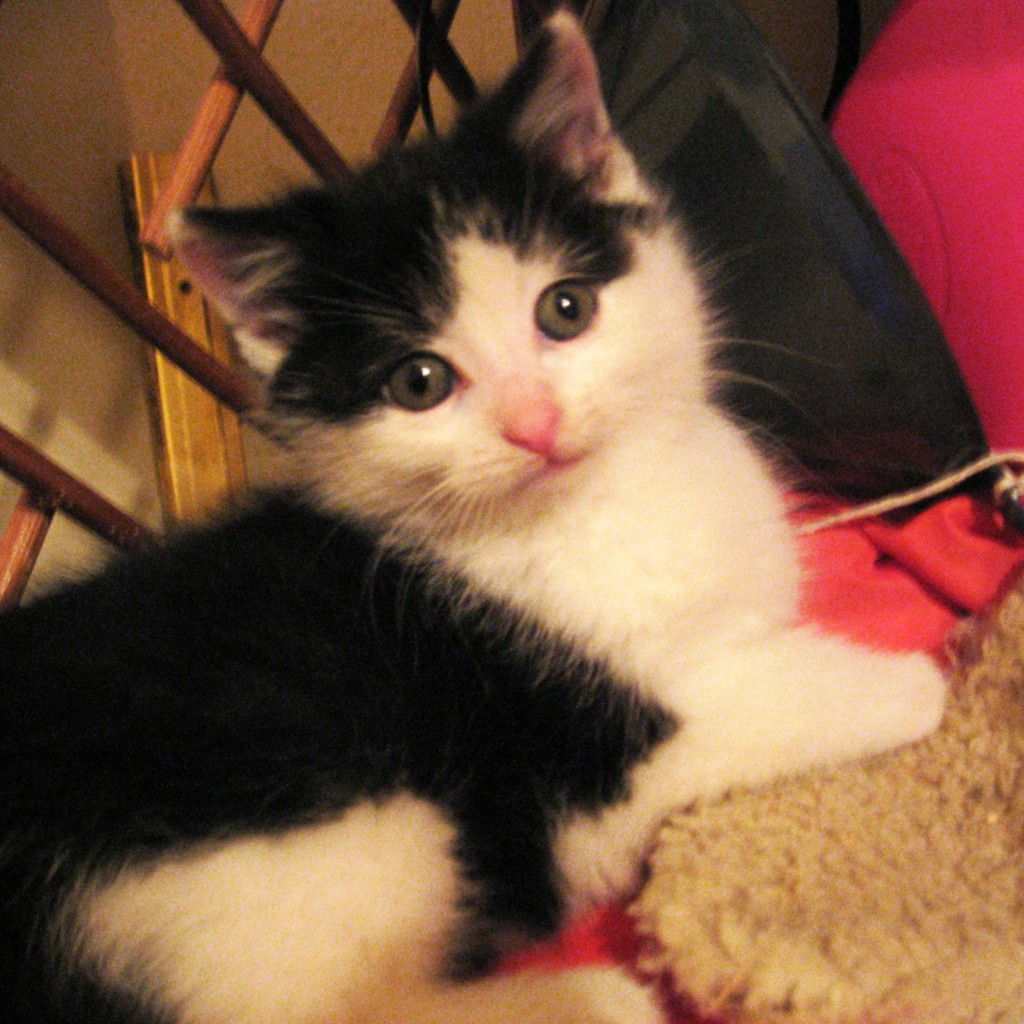 The car engine kitten from December has become a permanent fixture in the peternal instinct household and I’m finally getting around to introducing her properly! She recovered well from the virus, with no more symptoms and is growing by leaps and bounds. It took me a while to come up with a name, however one night after she tried to steal spinach off my plate during dinner, she reminded me of the old Popeye cartoons, so I decided to call her Sweet Pea, after Popeye’s adopted son in the show. Blast from the past clip below. 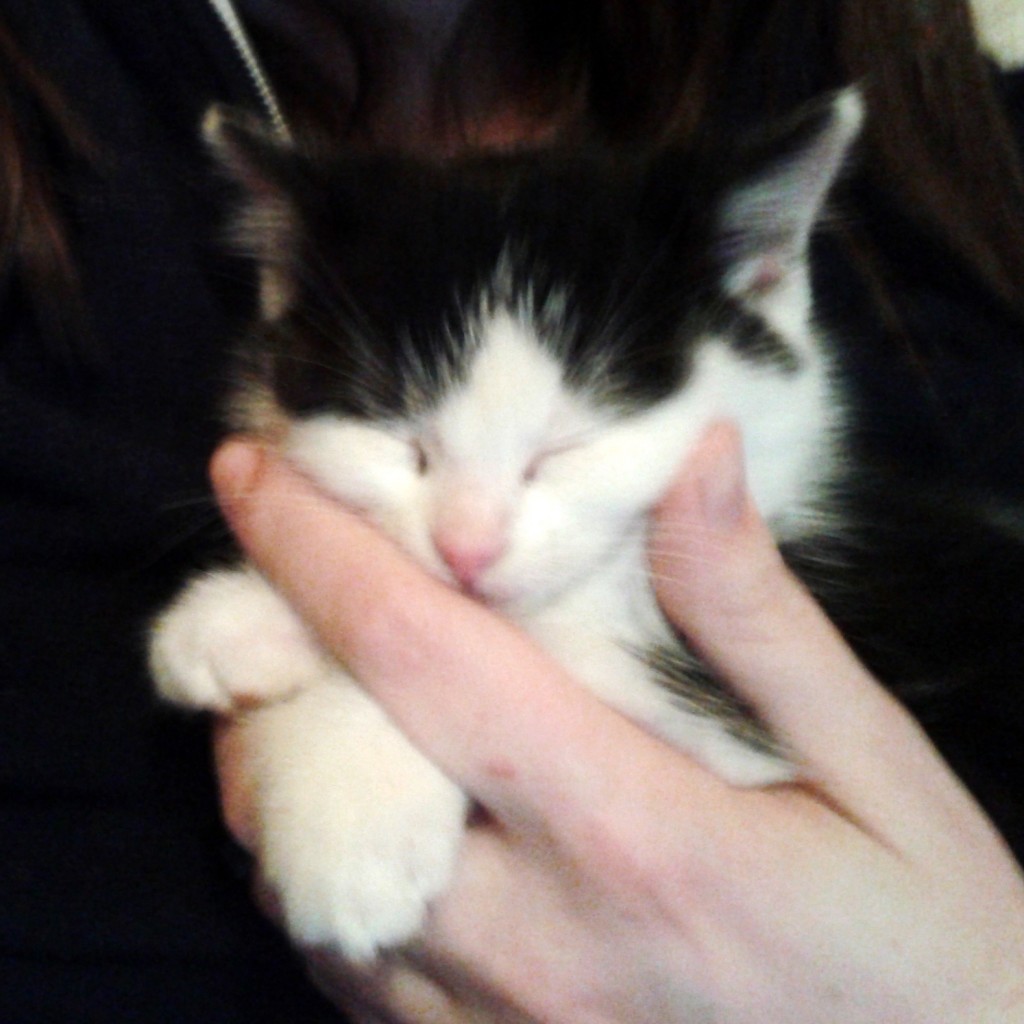 She was a very cuddly sleepy kitten the first few days, content to be carried around inside my jacket like a baby kangaroo in a pouch, but quickly gained strength and energy, endeavoring to explore every inch of the house and meet the natives. 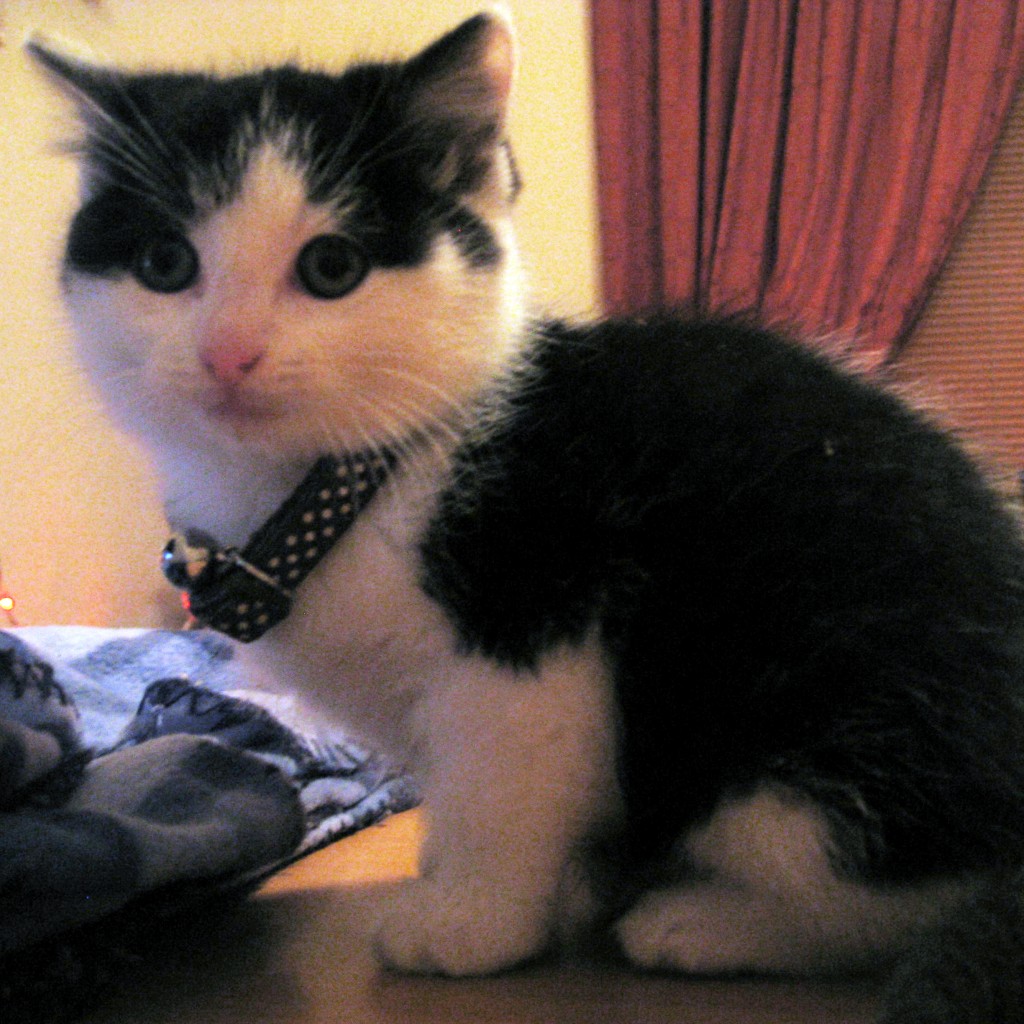 Penny was not pleased to find herself with competition in the feline department, spending the first few days sulking and growling whenever the kitten came near. Soon however, overcome with innate curiousity, she had to investigate the new inhabitant, who was more than eager to play and wrestle around on the floor. 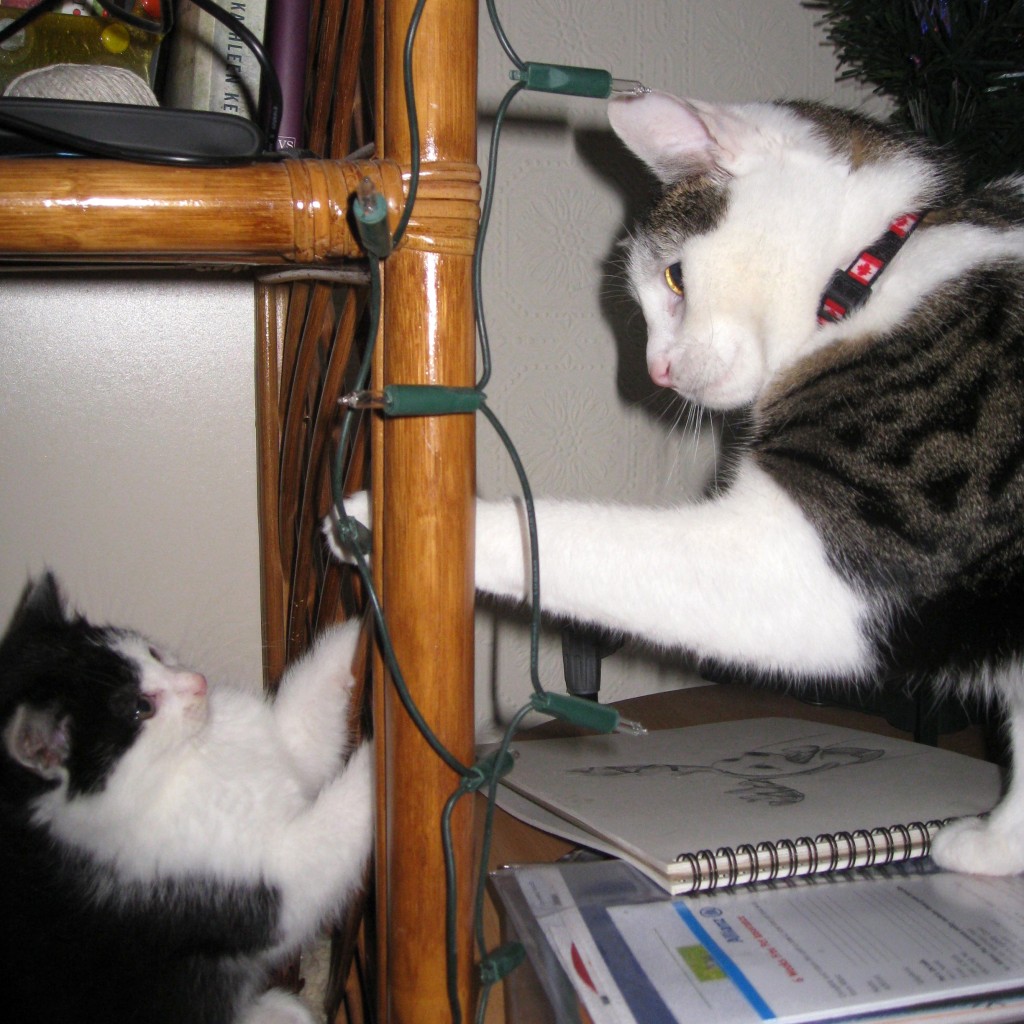 They act very much like sisters, often squabbling and play fighting, with the Pea following Penny around like her idol, not wanting to be left out of the action, while Penny endures the adoration with her usual dignity and stoicism. Since I’m sure most of the street cats in Kiltimagh are related in some form or another, it’s not surprising that they look quite alike as well, a resemblance that will likely grow stronger as Sweet Pea ages. 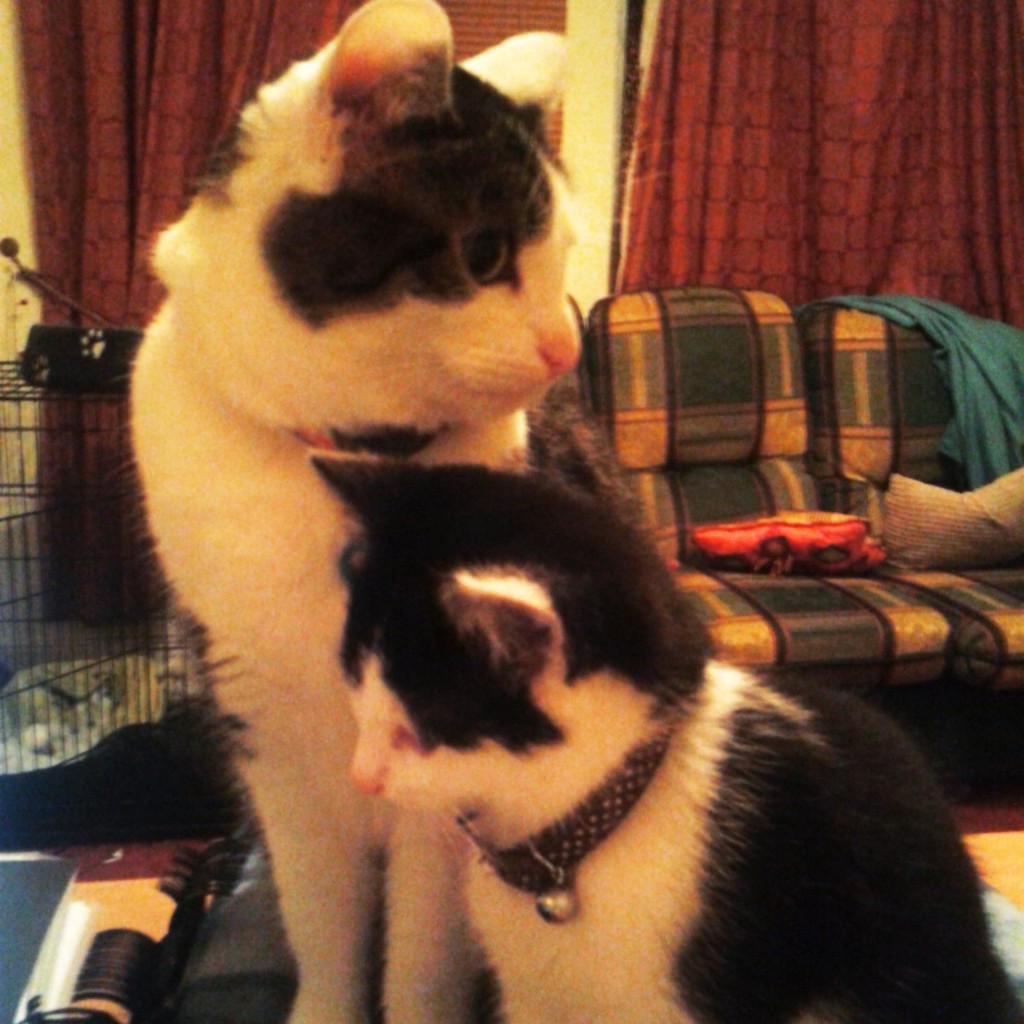 If the Pea idolizes Penny, she absolutely worships Bella, whom she regards as a large surrogate mother. Bella was frankly intimidated by a tiny kitten at first, not sure what to do with this bundle of fur and claws that was climbing all over her and making strange purring noises. She tolerated it admirably well and now if I can’t find Sweet Pea, I just look for Bella and they are generally curled up together on the couch, fast asleep. Who says greyhounds can’t live successfully with cats! 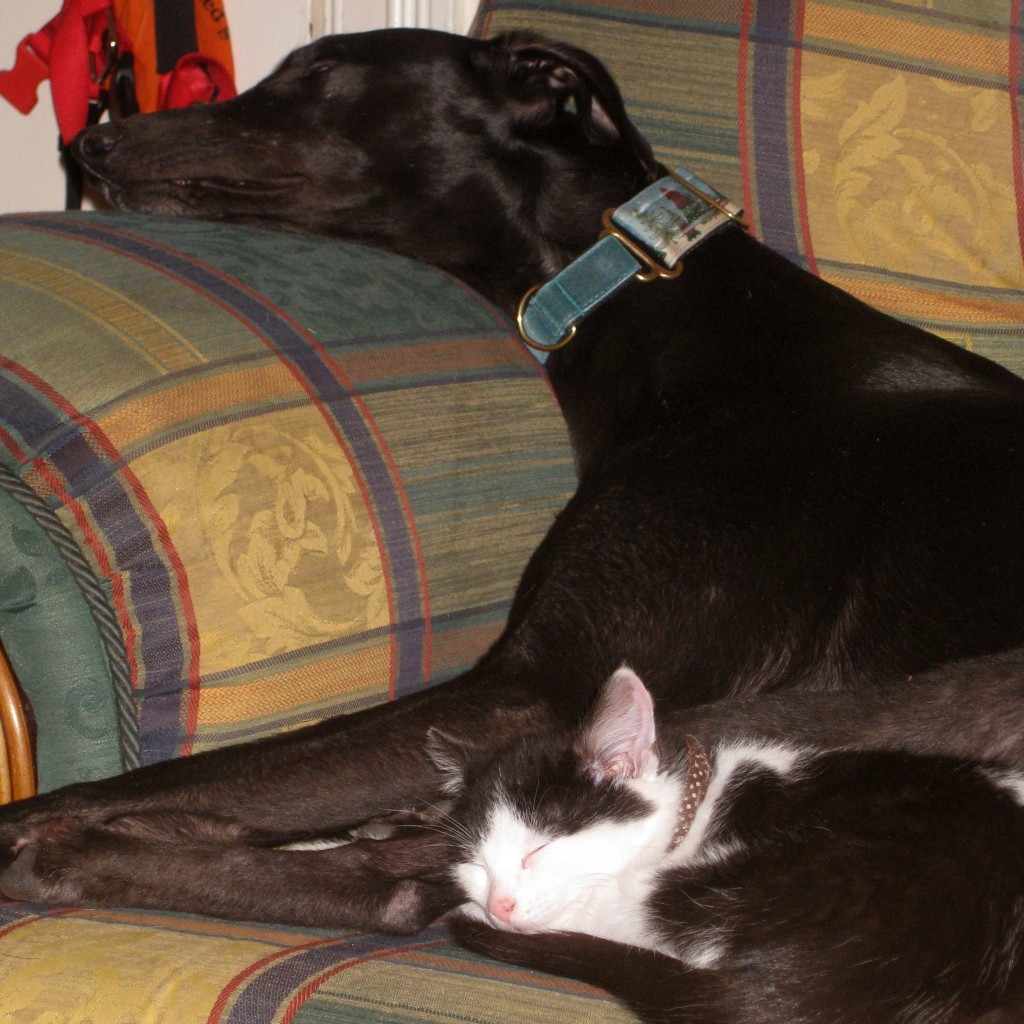 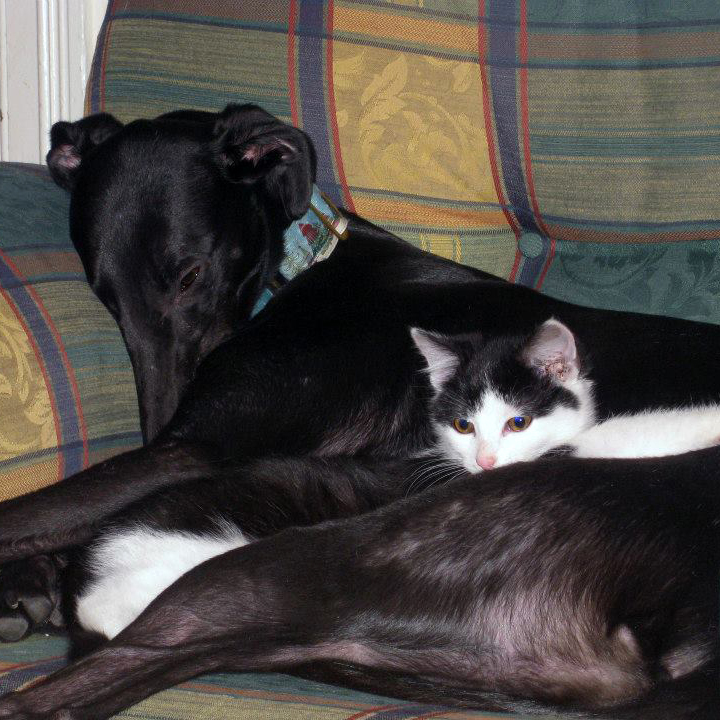 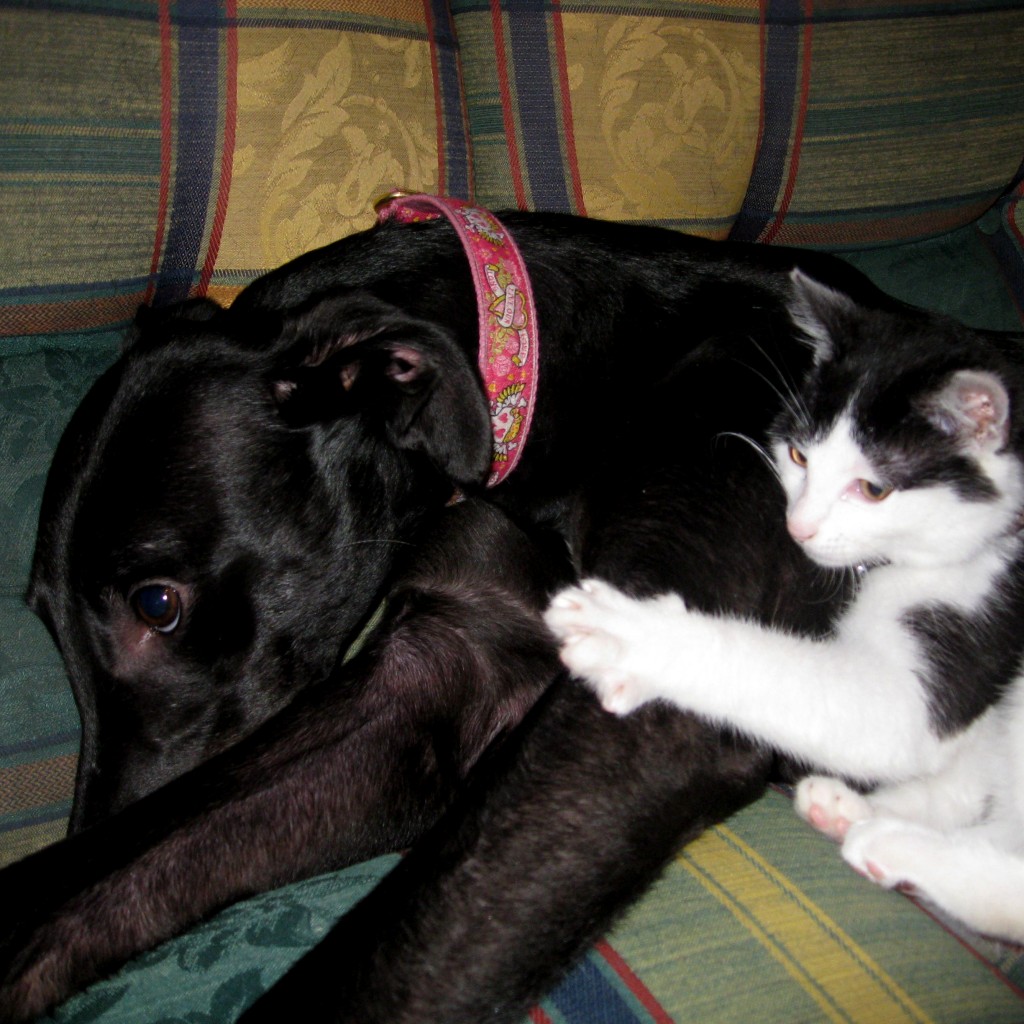 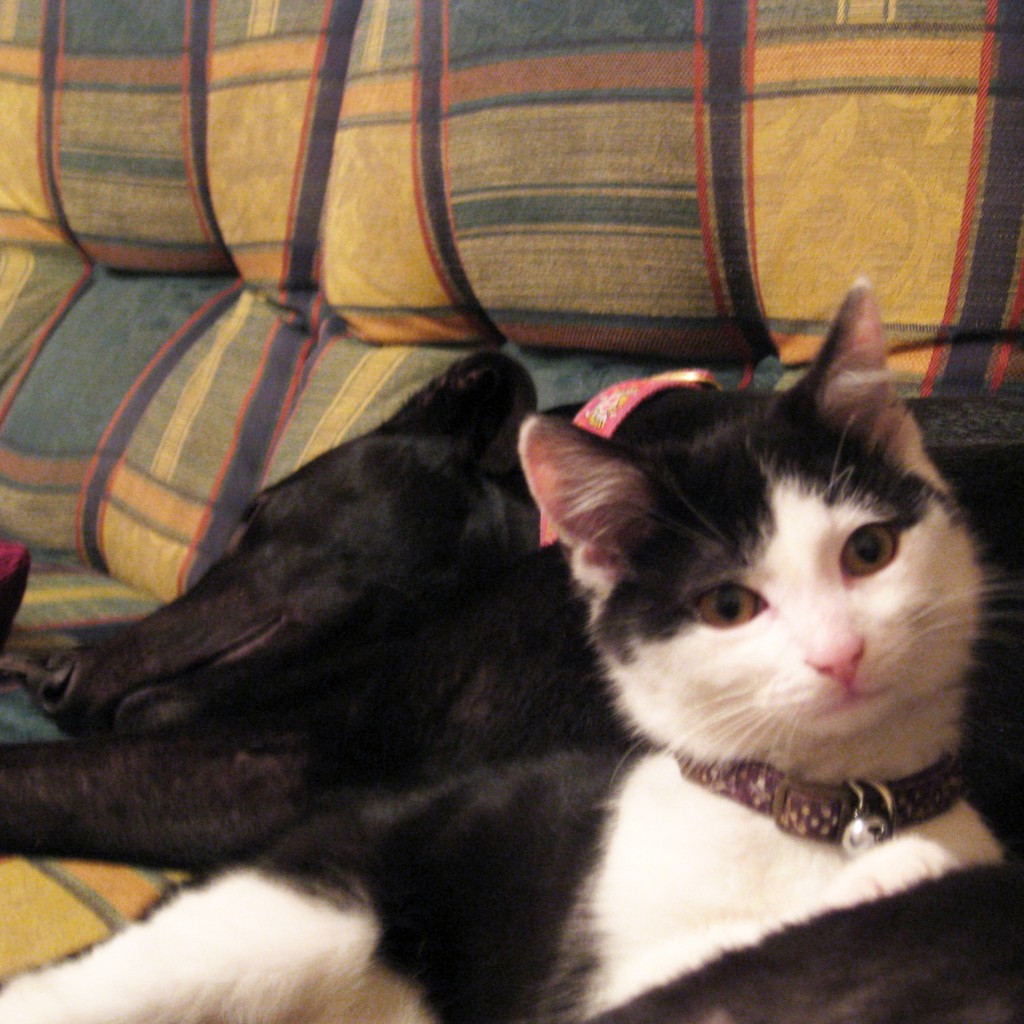