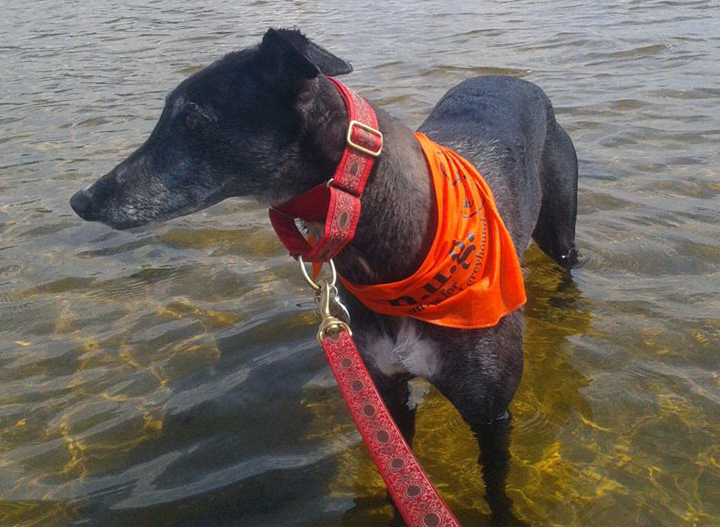 The dogs have been keeping me very busy around here so I’m falling behind in my bootcamp reports! On the same day that Nicole and Callum headed for their new home in Kilkenny, I took back in a dog named Abra who had been adopted by a local family, but due to their young child’s non-stop attention, they felt it was an unfair situation for her and wanted to prevent an incident. Abra was very tolerant and patient with the child, but we can’t take any risks, for it is always the dog that gets blamed if something happens between a dog and a child. A former coursing dog, Abra is a gentle giant and the most lazy girl you will ever meet, requiring major coaxing to get up off the couch to go for a walk. 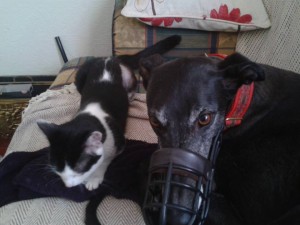 I was quite careful with the cat introduction with Abra, since she was trained to chase live game when coursing, so might have more interest in chasing the cats. She did have a few short chases early on while muzzled, but with corrections and praise when she ignored the cats, she soon learned to respect their space. Very eager to please, she responded well to positive reinforcement and encouragement. Hard to believe she could ever summon the energy to chase during her career! 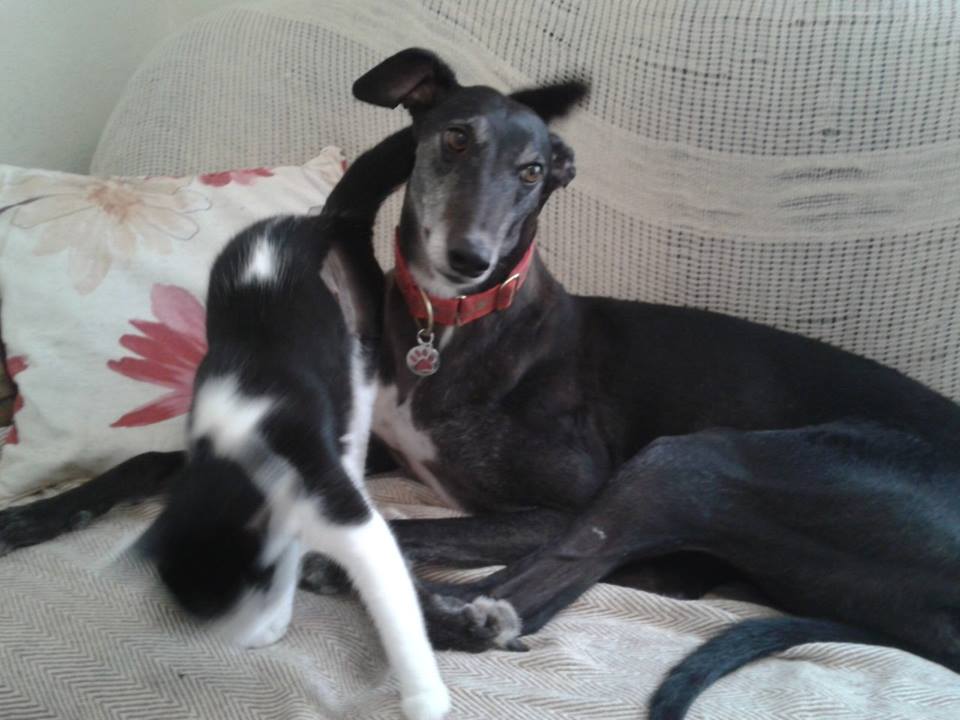 Abra may not ever love cats, but she put up with Sweet Pea’s attentions quite admirably. She went to a new home in Co. Carlow where she will occasionally see a cat but not live in the same house with one, which suits her perfectly. Before she went off to her new forever home, she helped out at a street collection for HUG on bustling Grafton Street in Dublin. She was the star of the day, a perfect ambassador for greyhounds, friendly and endearing to everyone who approached and demonstrating perfectly the lazy retired greyhound attitude by reclining on her bed in the middle of one of the busiest pedestrian streets in Ireland! 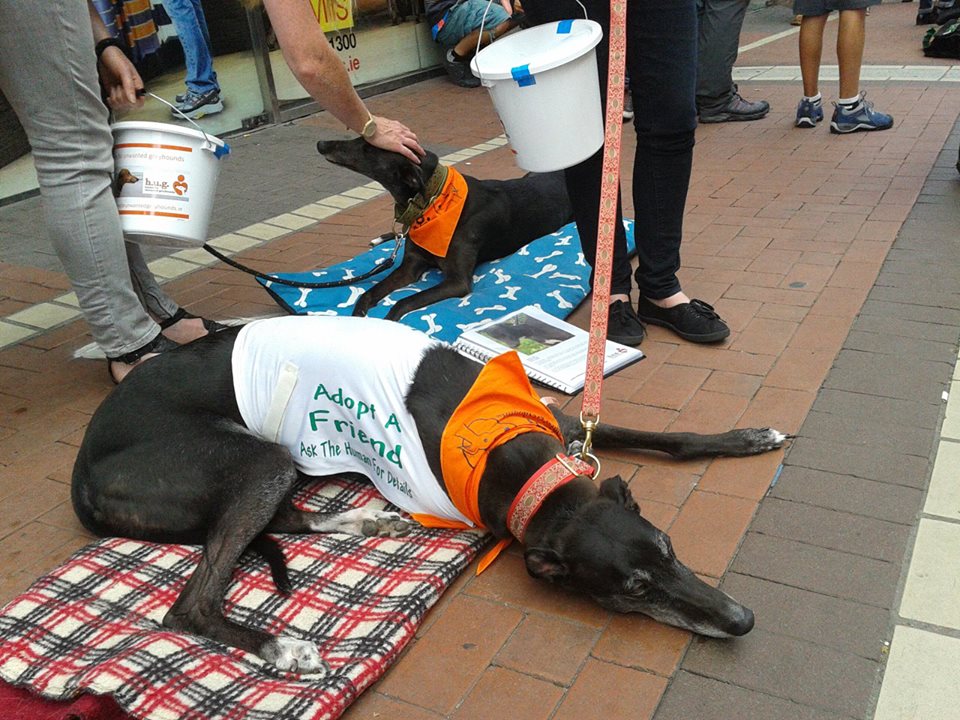 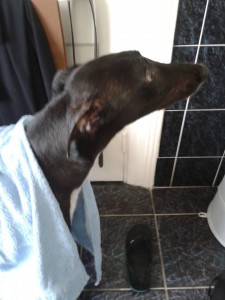 On the way home from dropping off Abra in Carlow after the collection, I picked up my fourth black foster dog, Jasper, from a trainer outside Mullingar. Jasper was in quite good shape for coming right from the training kennels, with a shiny coat and friendly attitude, although he did come with a few extra little friends of the flea variety. His first experience at his foster home was having to climb to my upstairs bathroom and have a bath with flea shampoo, which was not his favourite thing but he was very patient and much more comfortable after all his itchy buddies had been washed down the drain! 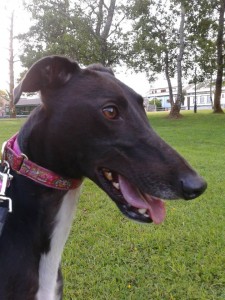 Jasper is quite high energy for a greyhound, quite a change after laid-back Abra, with a puppy-like enthusiasm and supreme friendliness for everyone he meets. We are working on his manners so that he won’t be quite so exuberant when meeting new people, he would prefer to put his paws up on their chest and give them a big kiss! Not everyone is prepared for him however, so a bit more self control is needed when out walking around town.

Despite his energetic behaviour, Jasper was very good with the cats right from the beginning, preferring to ignore them if possible. Sweet Pea won’t always give him that option, of course, and he’s been known to leave the couch if she has come to join him with her persistent cuddles. 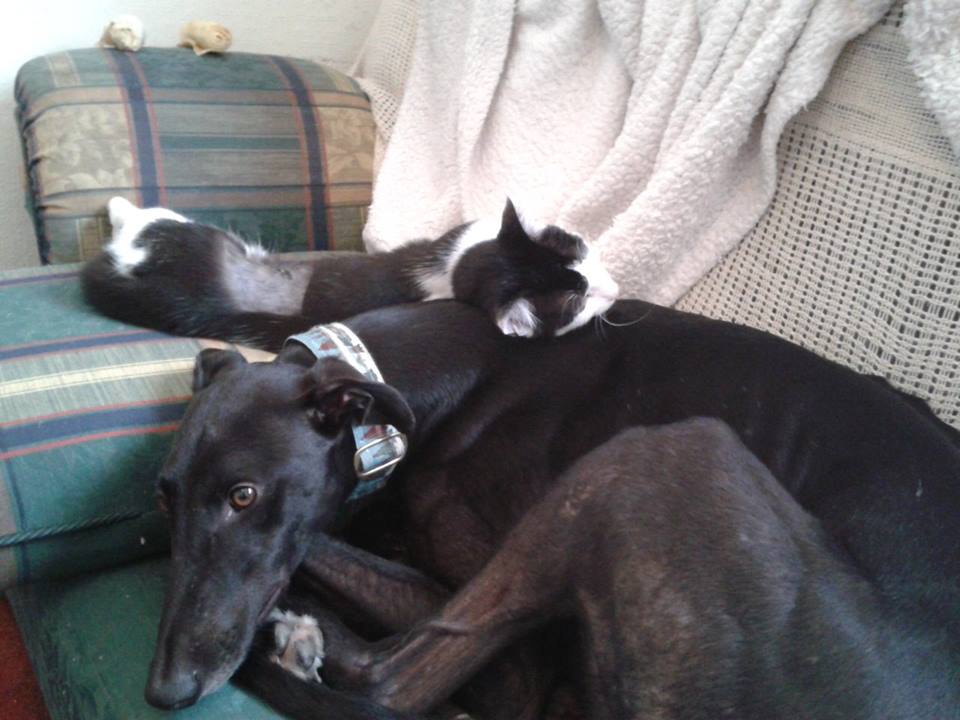 Less than a week after Jasper arrived, I took in a second dog who had a home offer pending a successful cat introduction. Originally named Ale, he is a handsome blue boy who is a bit of a special case owing to an accident while he was young which has left him blind in one eye. He never raced due to his injury, but he doesn’t let him affect him much in everyday life. His future adoptive family have decided to change his name to Casper, which I’m trying to get him used to, so now I have Casper and Jasper, quite by coincidence! 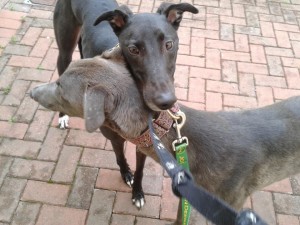 Jasper and Casper have been getting along well pretty much right away, however Jasper is certainly more dominant and isn’t keen to share his couch or his toys with his foster brother. Casper is a very sweet boy who loves his cuddles and is very quiet and calm around the house. The two of them follow me everywhere, they have both mastered the stairs and act like they are joined at the hip when out on walks. 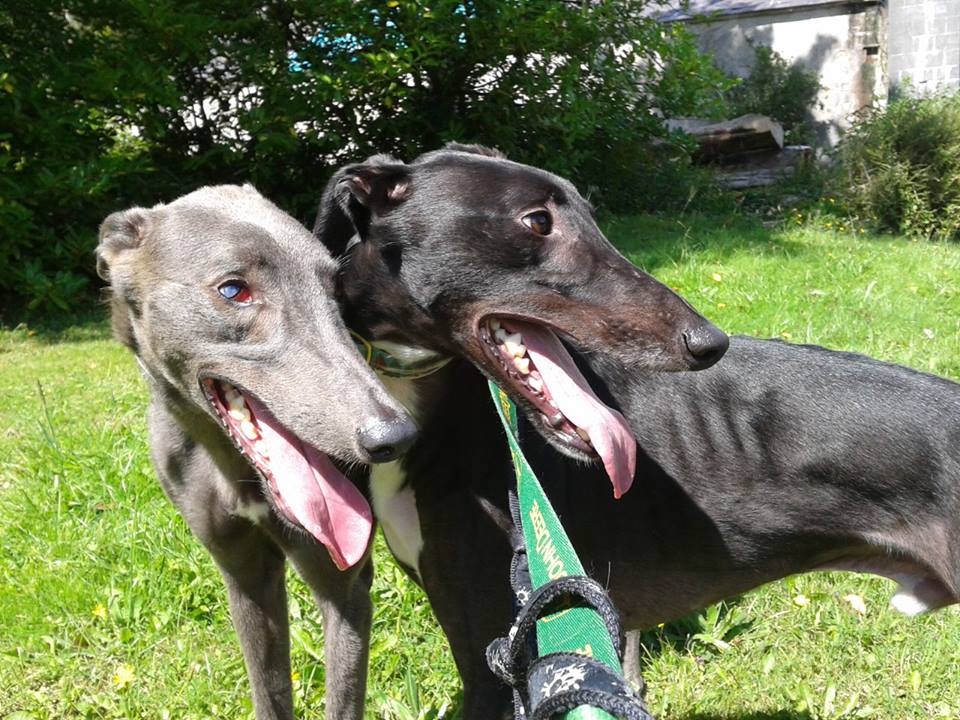 Casper has been good with the cats as well, though I was cautious to make sure they weren’t sneaking up on his blind side too often until he was accustomed to their presence. He took a lot of cues from Jasper who ignores the cats, which is a good sign as Casper will be going to a home with several other dogs, including other greyhounds and lurchers and he can learn from them as well. 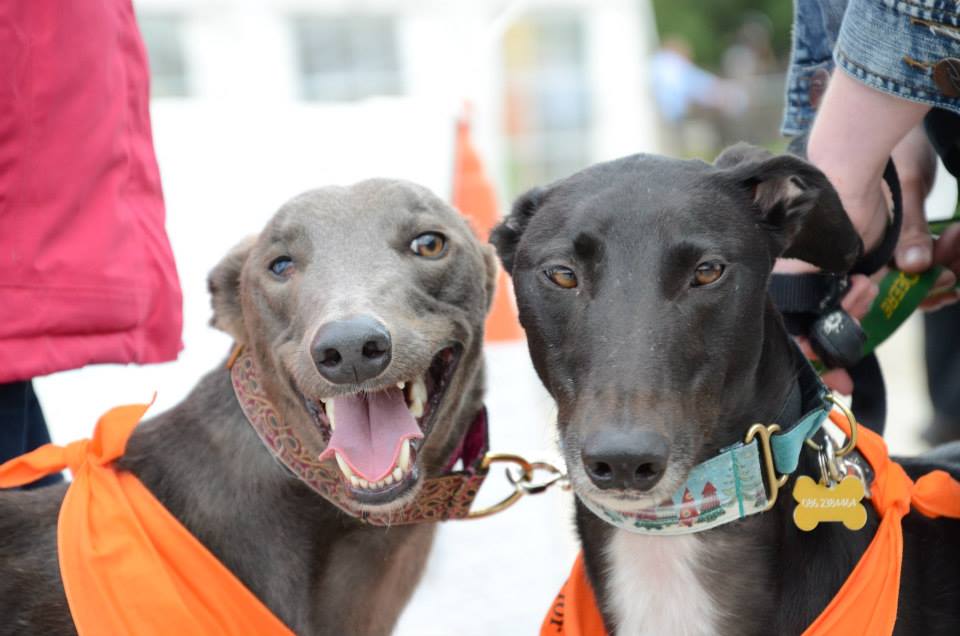 Casper and Jasper will both be heading off to their new homes this coming weekend and I will be sad to see them go, they are lovely cuddly boys who have been excellent bootcamp candidates and will be much loved in their forever homes. I’m sure I will have a new dog or two before much time has passed, Sweet Pea would be very disappointed if I come home without a new dog to cuddle!