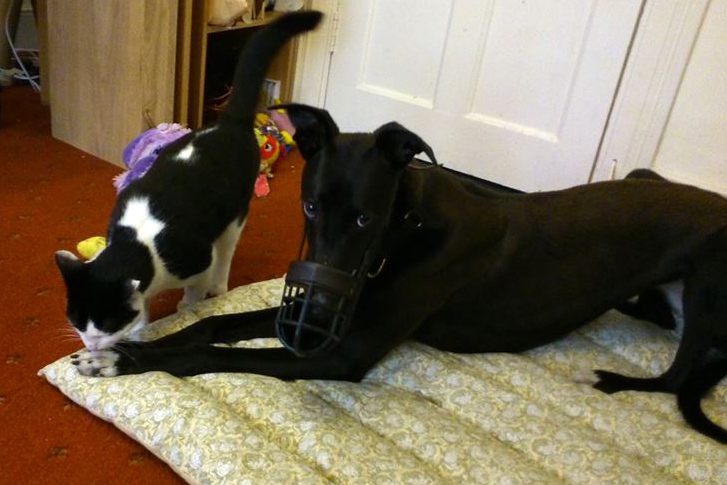 Time for another catch-up with the latest foster greys to visit us for Kitty Bootcamp. In October, we had our first puppy foster, a little diva princess named Hope. At ten months old, she was brought to a vet in Co Kerry to be euthanised as she wasn’t big enough for racing. A member of the public intervened and brought her to HUG for homing instead. She is a wee little pocket puppy, very small for a greyhound, likely to be confused as a whippet for most of her life! 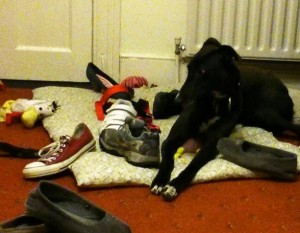 Upon arrival, she quickly made herself at home and showed a predilection for collecting, soon she had at least one out of every pair of shoes stacked in her bed! Greyhound puppies have a lot more energy than adult dogs, as we quickly discovered, she was a busy little bee, bravely zipping up and down the stairs in no time at all. She was still working on her house training skills, sometimes preferring to do her business in the comfort of the house, the little monkey! 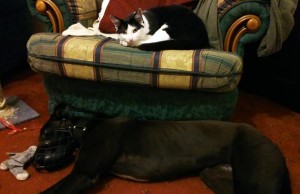 Showing quite a bit of interest in cats initially, we had to set down some fairly strict rules to teach her that cat chasing was not tolerated. She had a stubborn streak, so it could be challenging, but she was also quite clever and capable of learning. A real love bug, we tried to use attention and affection as reward for making the positive choice to leave the cats alone. 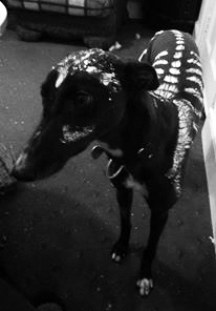 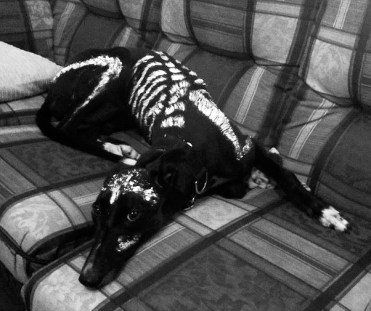 Since she was here over Halloween, she was the lucky recipient of my first dog body painting attempt! Being a lovely black girl, a white skeleton was a natural choice and she was very patient as I clumsily applied my home-made body paint (my recipe of cornstarch and dog shampoo needs some refinement!) She was possibly grateful to have a bath the next day so she could be squeaky clean to head to her new home a few days later. 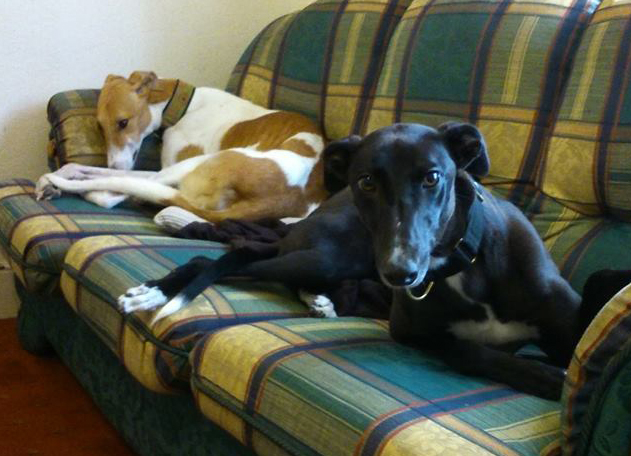 In her new forever home, Hope became Poppy and she is doing great now, having recently celebrated her first birthday! Still a little diva, she is doing much better with the cats and enjoying regular zoomies on the beach! 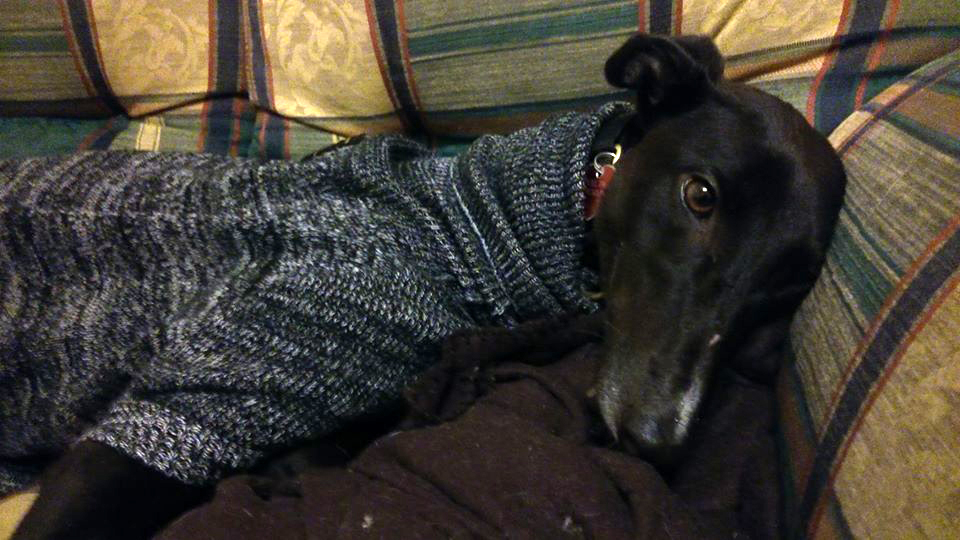