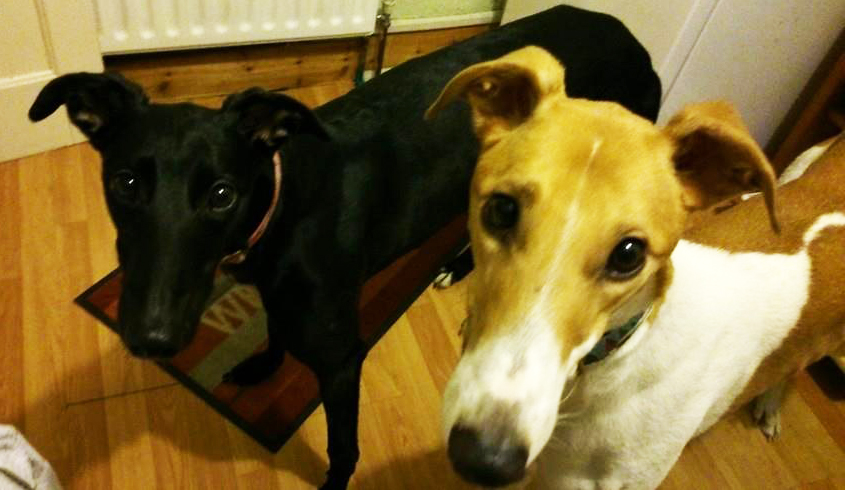 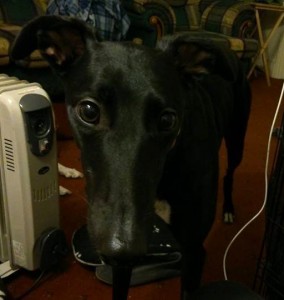 Our next foster dog came back with us after a busy weekend meeting the public with HUG at Pet Expo. Patti, a gorgeous girl with the shiniest, healthy black coat was a dream foster dog, quiet, well-behaved but also sweet and a bit silly. She was a great help to Ru, making him braver on walks and he was so excited to come downstairs and see her each morning! Excellent with the cats, an all around brilliant dog, she earned the nickname “Miss Patti” since she was such a classy, elegant girl. In early December she traveled to HUG’s rescue partner in Wales, Rescued Racers and should be in her new home shortly. 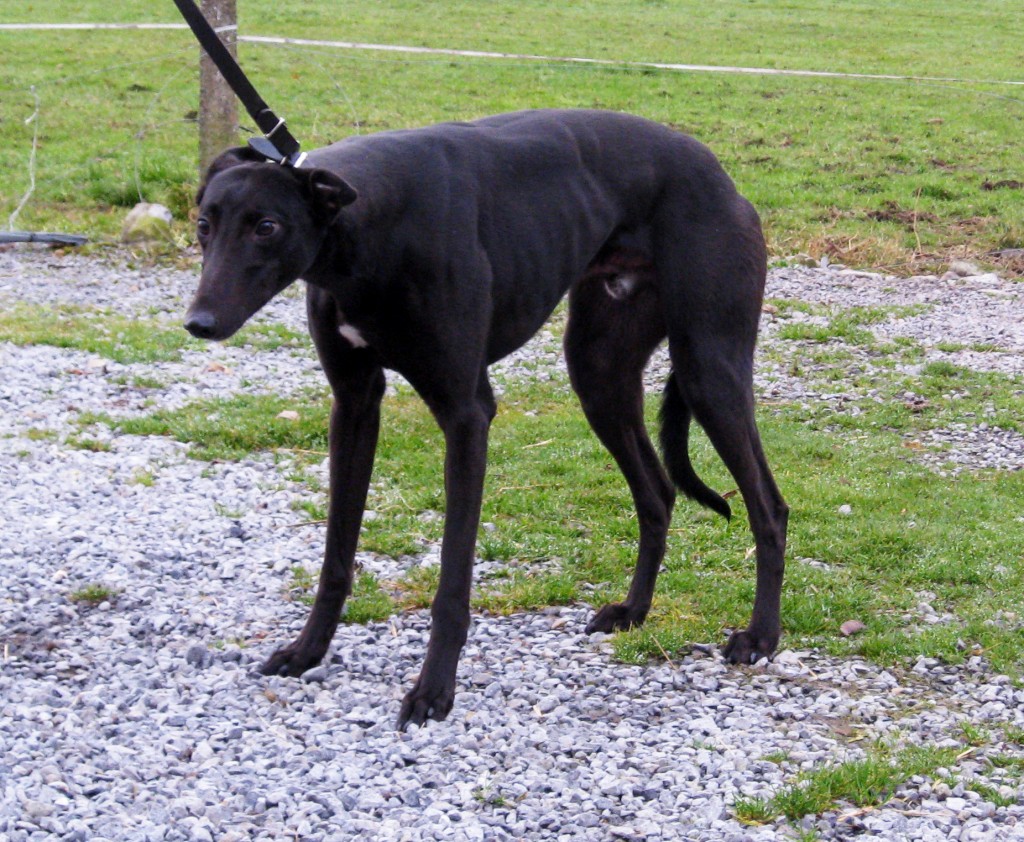 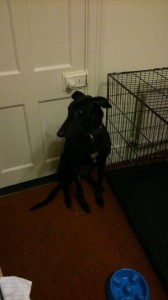 After Patti, we took on a new challenge altogether. Little Baloo came from a local trainer who only had him for three months and realized he was far too nervous to ever race. I went to take photos of him for the HUG website and facebook page and you can see from the body language above that he was petrified of everything and everyone, I couldn’t even get close to him the first day. He was the most frightened, shut-in dog I have ever dealt with, which is saying something considering some of the very nervous foster dogs we’ve had and the phobias Ru is still dealing with more than three months after adoption.

Getting him into the house was challenge enough, as he crawled under the oil tank in the backyard and then once indoors, he hid inside his crate trying to make himself invisible to the world. We know very little about his history, so can only guess at what he has been through in his short life, but his desire to find small, dark hiding spaces made me think he might have been shut in shed as a young puppy, without socialization or positive human contact in his early life. He had no visible scars on his body, was in good shape physically, but neglect at a young age can do as much damage as outright abuse, especially if a dog already has a tendency towards a nervous disposition.

My main approach with him was to allow him to get used to my presence, at the same time learning about the comforts of life inside a home, which he had never experienced before. He stayed in the room where I work during the day, getting used to household noises and watching the cats with some bemusement. At first, he wouldn’t even look at anything, certainly wouldn’t make eye contact, and in order to get him to leave the crate for toilet breaks, I had to climb inside with him to push from behind. Through all of the scary things he had to experience, he never showed any sign of aggression, completely gentle but just lost in his own fears. 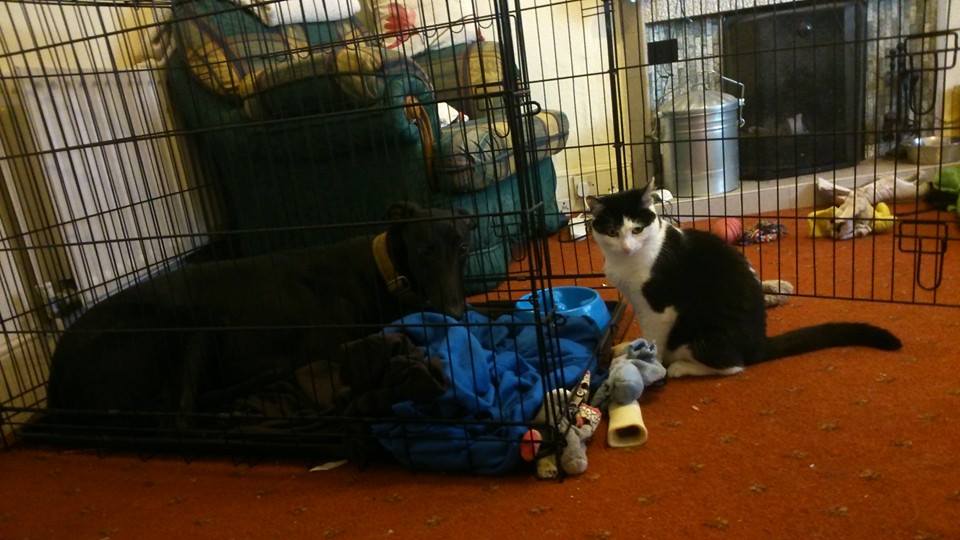 After a few quiet days, he began to show tentative signs of improvement. He learned to come out of the crate when I would stand beside the door and would go out to do his business with Ru. He began to look around the room a bit more, showing interest in noises and movement, as well as starting to re-arrange his bedding and the occasional brief foray outside of the crate on his own. On the last few days he was with us, I even saw a subtle tail wag when we would come downstairs in the morning, which was a very hopeful sign!

He has gone to a forever home with lovely couple who understand his issues and are patient enough to help him work through them and find confidence. He is making great progress with them and although it will be a long road, I think he will be a wonderful companion when he can finally learn to trust and experience the love of a family of his own.