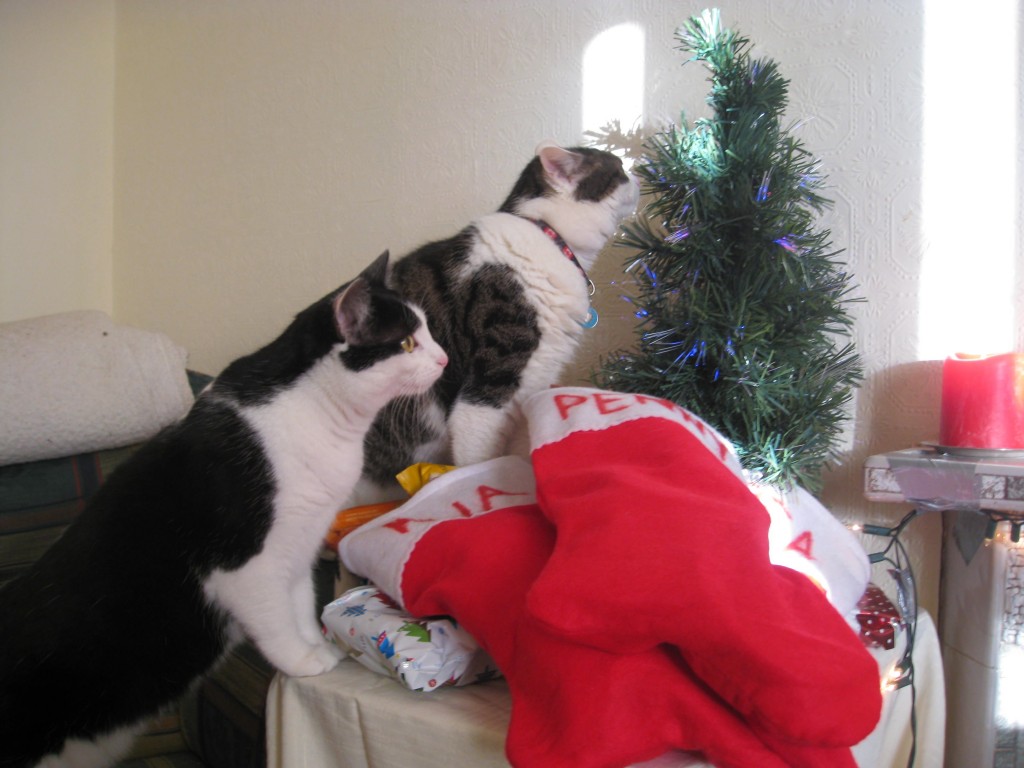 As a special gift this year, we collected new HUG foster dog Robyn on Christmas Eve! Just about small enough to fit in your stocking, she quickly proved herself able to ignore the cats and was excited to open a few presents and treats with Pea, Penny and Ru on Christmas morning. Much madness and ripping of paper ensued, the wrapping paper usually more popular than the gifts inside, unless they were chewies, or had a squeaker! Robyn settled in very quick, though still working on house training, not surprising for a dog who is only a year old and not long out of kennels. 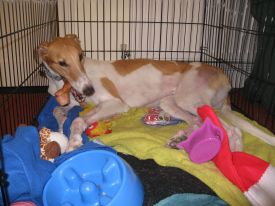 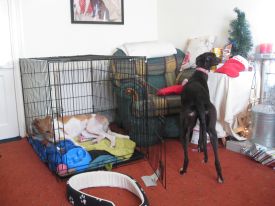 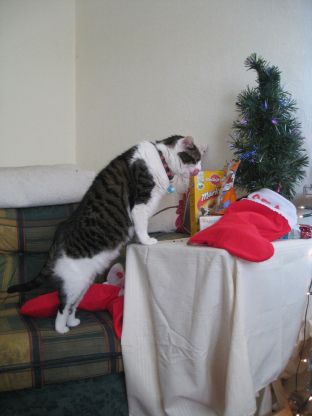 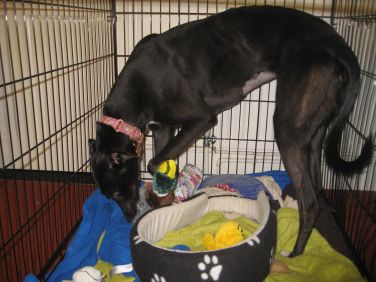 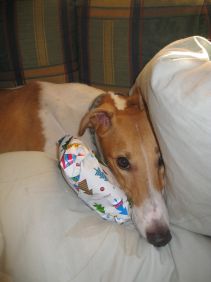 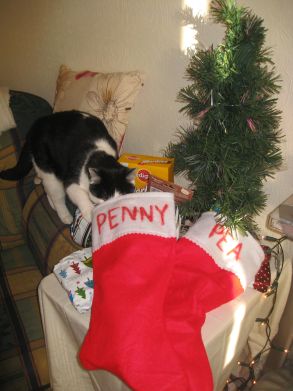 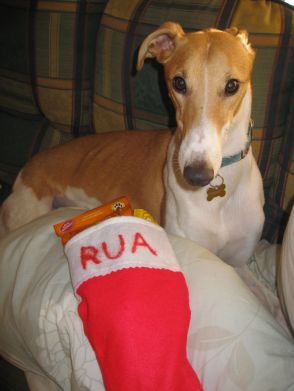 Here is Ru opening his squeaky duck toy, he quickly got the hang of this whole present business! 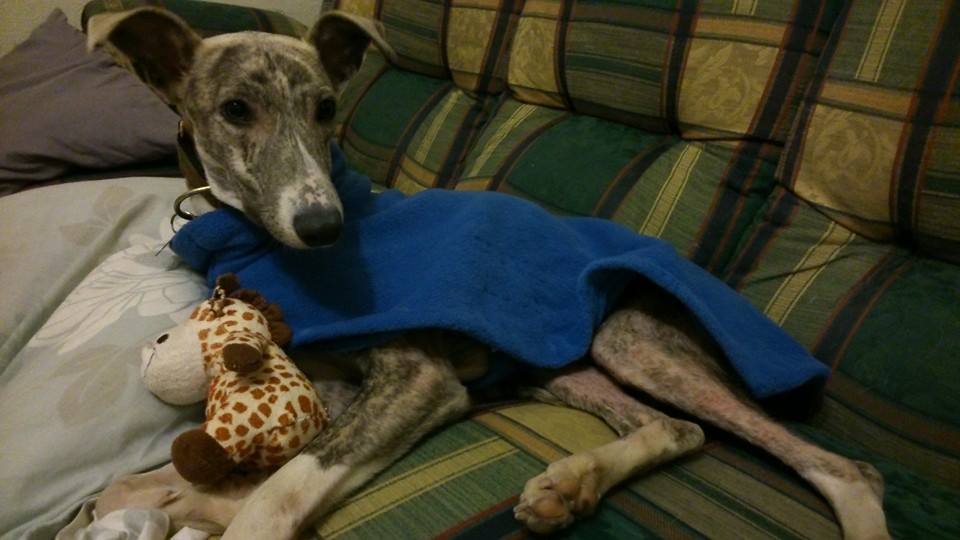 Shortly after Christmas, we were contacted by the NWSPCA about a small lurcher that had been found wandering in North Mayo. Although we try to limit our dog numbers to two, they were in desperate need of a foster home, with over eleven puppies abandoned since New Years Day! We agreed to take in the little whippet cross called Nicky on a short term basis. Nicky was a very cute little fellow, with an unusual light brindle coat and adorable folding ears. He also had horribly dry, red, itchy skin on his legs and belly, possibly the result of an allergy or living rough, which we treated with some sudocrem to try and give him some relief. 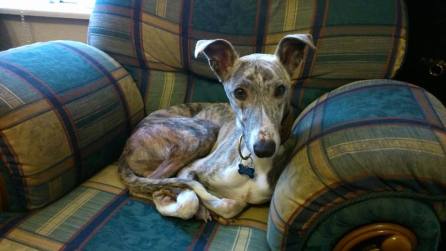 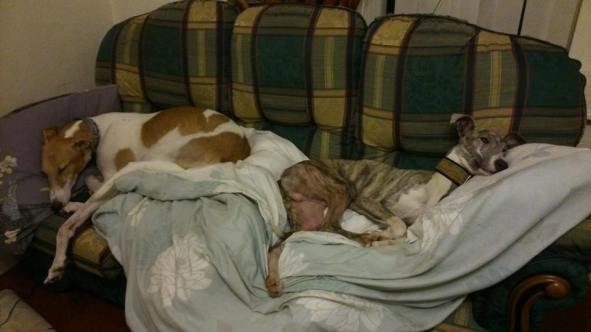 A sweet, gentle fellow with people, the same could not be said of cats unfortunately, as he would become quite frantic, trying to chase any cat he saw, with plenty of barking and whining. Needless to say, he didn’t graduate kitty bootcamp with honours, even Pea gave him a wide berth which is unusual for her. He was also a little love machine, being an intact male, who took an immediate shine to Robyn! Neutering took the edge off his amorous attentions and he has moved on to a new foster home in Galway where he is bonding nicely with an eleven year old female greyhound and a male lurcher. He is still available for adoption and would make a lovely little pet in a cat-free household. Email hello@peternalinstinct.com for details about adopting Nicky.